Getting there, getting there 😊
If you hear a person squeaking: "Uuuh, mushroom!" it's probably me. 🙏 They just make me so happy 😁
Most of the times, when I look to the sky and watch the clouds, it feels like magic.
When your dreams come true. ❤
This beauty 😍
Read about my hitchhiking experience in Myanmar and a lot more on my blog! ;) https://comewithmeandtakeapeek.com/2020/08/31/hitchhiking-in-myanmar/
BKK Museum
Once upon a time in Yangon, Myanmar.
The best slacklining and video editing skills you'll see from me this year 😂

Þingvellir – the national park and the only inland UNESCO World Heritage site in Iceland is absolutely unique and magical place. And there is several reasons for it. It’s not only the history of this place but also the location that makes Þingvellir so rare, popular and worldwide known. The national park, part of the famous Golden Circle, is yearly visited by thousands of tourists.

In the end of 9th century the colonization of Iceland was accelerating and with rising number of inhabitants there came a need for some basic laws and rules. The first permanent inhabitants established a parliament – Alþingi – in the year 930. The country’s most powerful Leaders (goðar) used to meet once a year in the area of today’s National park Þingvellir. The most important person of the parliament was The Lawspeaker (lögsögumaður) with only ceremonial power. The decisions were made collectively. The assembly was opened for public and it was the main event of the year. Attendees were coming with their families and staying for couple of weeks in temporary camps (búðir). Alþingi (today based in Reykjavík) is the longest running parliament in the world. 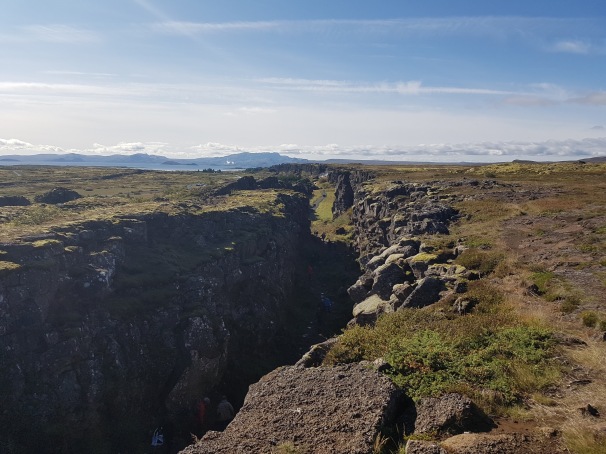 Þingvellir is located in a rift valley between North American and Eurasian tectonic plates, on the shore of Þingvallavatn, the biggest natural lake in the country (84 km²/32 mi²), 40 km (25 mi) northeast from Reykjavík. It’s the only place in the world where the rift is above a sea level and so well visible. Many of the valleys are filled with water from Langjökull glacier. If you believe in legends, you should toss a coin into Nikulásargjá Gorge, known as Peningagjá (The Money Gorge) and make a wish. For the more adventurous ones there is the Silfra Gorge where you can try snorkeling or scuba diving (with appropriate license) in the pure glacier water. 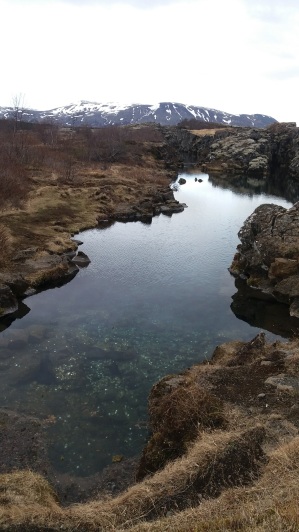 Öxarárfoss is beautiful and very popular 20 meters (66 ft) long waterfall. I am sure even the people sentenced to death by Alþingi and drowned in the pool under the waterfall in Middle Ages would agree! 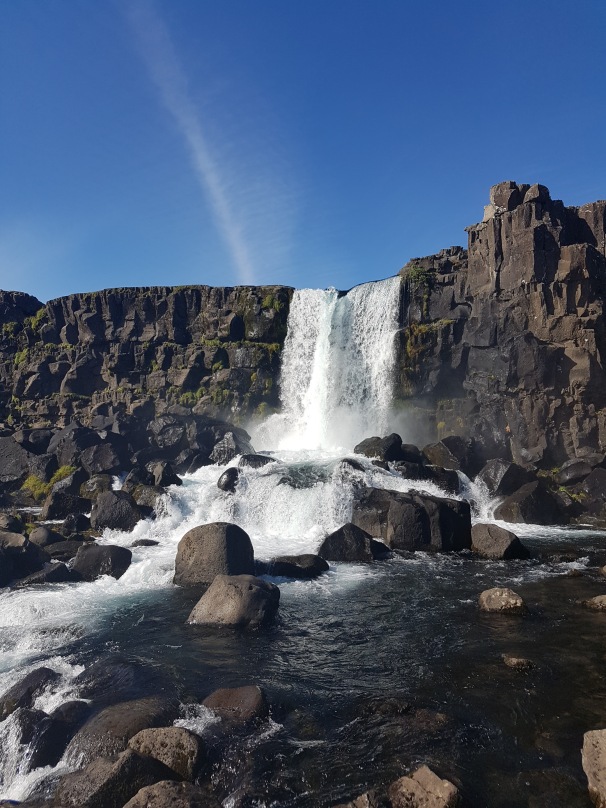 The national park Þingvellir is open 24/7 all year round and there is no entrance fee (parking – 500 ISK/day). This place is impressive in many ways, the history, the geography, the purity of the nature… So if you happen to be in Iceland, save several hours and check out the place were history was written. 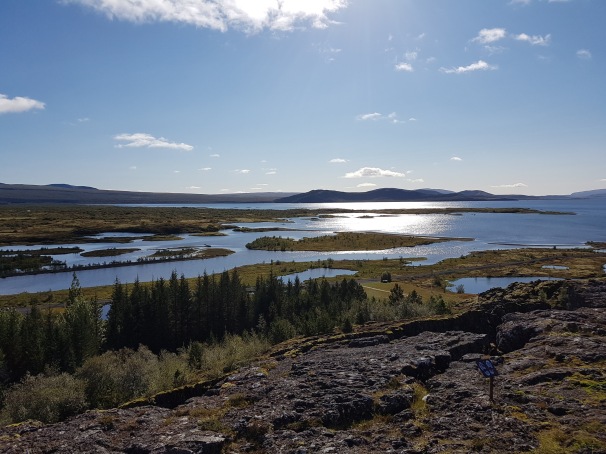 Thanks for reading guys! Leave me a comment if you have some question or something to say. I’ll be back soon ❤